Lent is a season in the Christian calendar, which is based on the life of Christ. This idea of organizing the year around our faith goes back to our Jewish roots. Jesus was a Jew: He was sent by the Jewish God, to the Jewish people, in fulfillment of the Jewish scriptures. All of the first Christians were Jews. In ancient Israel, time was holy and was organized around aspects of faith.

When the temple was destroyed in the year 70 C.E., traditional Jewish festivals could no longer be celebrated there. Instead, they started organizing the year around events in the life of Jesus. First, we celebrated the resurrection and Easter, Jesus’ last week and his death. Later we began to celebrate his birth.

Over time, the year became divided into six seasons that helped Christians remember Jesus and his ministry. These six seasons are organized into two cycles around two events:  the birth of Jesus (Christmas), and the resurrection of Jesus (Easter). Each cycle had three elements: a period of preparation, a period of celebration, and a period of growth.

Lent is a time of prayer and preparation, just like Advent

The Christian year begins with the Christmas cycle. The time of preparation known as Advent, a period of four Sundays prior to Christmas; the celebration is Christmas itself.

The second cycle in our Christian year, centered on Easter, is linked to the lunar calendar. As a result, the date for Easter moves each year and can be as early as March 22 or as late as April 25. The season of preparation associated with Easter is known as Lent; it is the period of forty days prior to Easter and begins with Ash Wednesday. This is a period in which we prepare to remember and celebrate the central events that gave birth to our faith: the death and resurrection of Jesus.

Today within our Methodist tradition, Ash Wednesday continues to be one of the truly holy moments of the Christian year, as we are called to remember and ponder the central events of our faith. It is a time of prayer and of preparation. For many, this will include fasting, as it did for the early Christians, or giving up something for Lent.

Centuries ago, the service on Ash Wednesday was a somber service in which participants were invited to remember their humanity, their faults, and their sins. The imposition of ashes goes back to the early history of Israel when repentance was marked by wearing sackcloth and putting ashes on one’s head. This continues with the use of ashes in the Ash Wednesday service, but the difference is that it has added Christian symbolism.

Usually, the sign of the cross is made with the ashes on a person’s forehead, reminding the person of what Ash Wednesday and Lent are all about – the journey to the cross and the death of Jesus. Often the words ‘for dust you are and dust you shall return’ are said at the time the ashes are imposed as a reminder of our frailty as humans.

It is a way of reminding ourselves of the suffering Jesus went through as we begin our time of preparation.

Communion:
1st Sunday of every Month

Sunday Coffee and Snacks:
After Worship in the Fellowship Hall 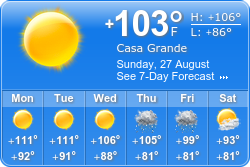